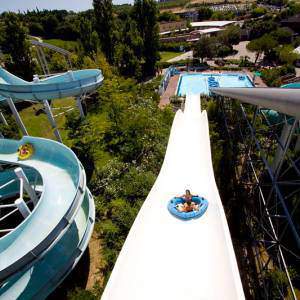 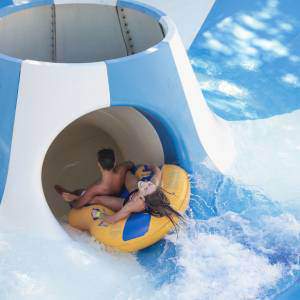 A descent ramp on a one or two-seater rubber ring this is the only one of its kind in Europe and comes directly from California. It can only be described as 16 metres of thrills. It was first opened in 1999 by Claudia Gerini and Jenny McCarthy and is absolutely unique, reaching speeds of up to 70 km/h 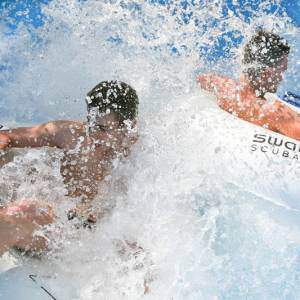 This simulates a rapidly descending river that can only be travelled “on board a rubber ring”. It winds its way along a 200 metre route interspersed with five pools in which, due to the current, the rubber rings crash into each other guaranteeing great fun for everyone!

And lots more…for children too!!!!